We Declare and Reverence our Republic! Ideally … we are to be governed by the “Rule of Law.”

The following 10 minute video has shaped our thinking and serves as a “nexus” for the work that we do on the “Buzzard’s Blog.”

We believe Robert Mueller to be one of the most significant and dangerous of all the “Goodfellas” … a “Deus ex Machina ,” a modern Rasputin and Machiavelli wrapped in one, a Judas Goat and “Step n’ Fetch it” par excellence for the Oligarchs who reign.  As matters unfold in the next days and weeks, we hope to demonstrate this.

As a matter of fact, we dedicated a posting to him, “Robert Mueller … poster child for the “Pot calling the Kettle Black.”  See also the following chart here.  When you have arrived at this chart , each time your mouse turns into a hand, you can click and access underlying information.  The chart is a work in progress and draft to be refined along the way.

Have a look at the “Left of Center” as AXIOS reports the Mueller investigation.

We expect our friends to be eclectic in their thinking and dispassionately review what those on the “Left of Center” are thinking.   Are there indicators of the “Black Arts” in play here? 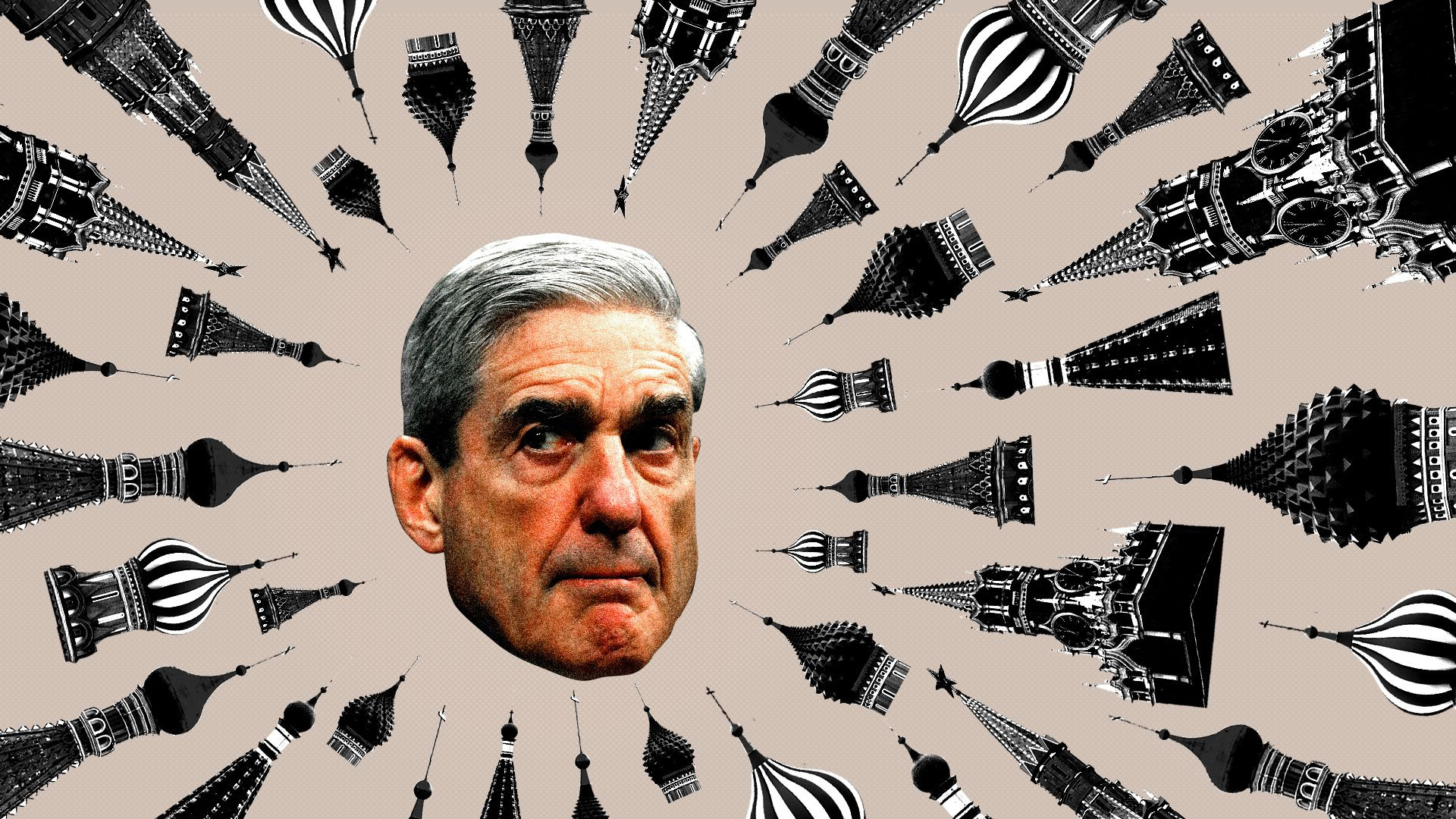 Wait! A Russian military intelligence agency leased server space in Arizona and a computer in Illinois?

That’s what I kept thinking as I read special counsel Robert Mueller’s 29-page indictment yesterday of a dozen Russian intelligence officers (from Boris and Ivan to Sergey and Viktor).

And none of that is even the most alarming, damning news in the filing in U.S. District Court in D.C. Mueller, who personally signed the document, saved that for page 25:

All of the documents are on one page on Mueller’s official Justice Department website. I curled up and read them all. What I learned:

Be smart: David Kris, founder of Culper Partners consulting firm and head of the Justice Department’s National Security Division under President Obama, told me that Mueller is following traditional prosecutorial practice by starting at the outer ring.

Go deeper … “Mueller’s web: Everyone caught up in the Russia investigation.”

Mueller’s web: Everyone caught up in the Russia investigation

There’s been such a flood of stories about who Robert Mueller has interviewed for his Russia investigation — and who’s been charged in connection with it — that it can be easy to lose track. Here’s a map to help you keep every move straight.

How it works: The map starts with the people who participated in key events and the ones who have been charged. Expand this story and you’ll see the rest, including current and former Trump administration officials and the people with more distant connections.

This story has been updated to include the indictments of the 12 Russian military intelligence officers.

Now compare and contrast the foregoing with the following.  What do you think?

Jeff Carlson has set out to list Resignations and Firings.

We have abstracted the following from the 35 pages of Carlson’s work in progress.

FBI – Assignments Away from FBI Headquarters:

The individuals listed above had been Section Chiefs at FBI Headquarters. Comey transferred each to field offices.

Let’s all Help Drain the Swamp

Every time we encounter political “Road Kill,” we stack it up, sort through it looking for the smoking guns and report the findings to our followers. In order to maintain and upgrade the Buzzard’s Blog, we are encouraging regular donations beginning with any amount. This is a labor of love. No money ends up in anyone’s pocket.