The Abortion Dilemma …
A Journey Without a Destination

As we continue to reach for the Rule of Law and Good Governance, our passion is to seek and find Justice in all matters … Justice through the exercise of and balance between equity and mercy.

In today’s article authored by the Ole’ Buzzard, the following discussion of abortion dilemma “extremes” is not an exercise for the faint-hearted writer nor will it be comfortably read by our readers.  The “thinking” about extremes and “writing” of them is horrible.  The only satisfaction comes in excoriating the perpetrators and facilitators who are far out on the inhumane and/or unlawful fringes.  Of course, this also includes anti-abortion extremists bent on murder and mayhem.

However, such equity and mercy for all is a virtual impossibility and represents the crux of the abortion dilemma.  Especially when the State is involved, “One size does not fit all.”  But … from time to time, Justice is achieved at these extremes … Justice in the application of the balance between equity and mercy.

Consider this Woman whose extreme dilemma was resolved by a Caesarean procedure, but only after she had been traumatized.

Pro-Life Utah presents the case of abortions performed on viable unborn.  One doctor explains how her extreme practice was reversed by conscience.  Prepare to “deep dive” into your most profound and private feelings and emotions as you watch this doctor’s story unfold. 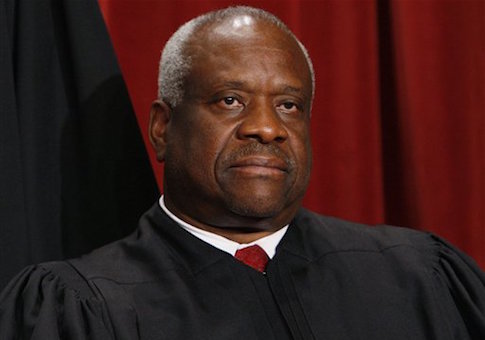 SCOTUS Justice Clarence Thomas, in a dissenting opinion, wrote, “In the almost 30 years since Roe, this Court has never described the various methods of aborting a second- or third-trimester fetus. From reading the majority’s sanitized description, one would think that this case involves state regulation of a widely accepted routine medical procedure.   Nothing could be further from the truth. The most widely used method of abortion during this stage of pregnancy is so gruesome that its use can be traumatic even for the physicians and medical staff who perform it. See App. 656 (testimony of Dr. Boehm); W. Hern, Abortion Practice 134 (1990). And the particular procedure at issue in this case, “partial-birth abortion,” so closely borders on infanticide that 30 States have attempted to ban it. I will begin with a discussion of the methods of abortion available to women late in their pregnancies before addressing the statutory and constitutional questions involved.”

Justice Thomas continued:  “Although there are variations, it is generally performed as follows: After dilating the cervix, the physician will grab the fetus by its feet and pull the fetal body out of the uterus into the vaginal cavity. At this stage of development, the head is the largest part of the body. Assuming the physician has performed the dilation procedure correctly, the head will be held inside the uterus by the women’s cervix. While the fetus is stuck in this position, dangling partly out of the woman’s body, and just a few inches from a completed birth, the physician uses an instrument such as a pair of scissors to tear or perforate the skull. The physician will then either crush the skull or will use a vacuum to remove the brain and other intracranial contents from the fetal skull, collapse the fetus’ head, and pull the fetus from the uterus.”

Add the travesty of direct and indirect taxpayer funding of abortion-on-demand, and the inmates are running the asylum as we all become a party to and participants in this tragedy.

Additional comments will follow the pop-cult montage below.  After that, we’ve nothing more to say about extreme SCOTUS, Justice Ruth Bader Ginsburg (RBG).  And … little more should be said.  For in the repeated saying, the “beat goes on and on” to perpetuate the fraud of her pop-culture persona.  The leftist cultists who group to ingest and propagate the extremes of her addictive dicta are insatiable and endless.

After last week’s posting, this Ole’ Buzzard was repeatedly “F’d” and accused of being “uncivil” in his treatment of Ginsburg.  Contemplating and contrasting the tragedy and travesty of the “extremes” as opposed to demands for civility … civility be damned for here is what remains to be said! “It is amazing to find Leftist Ginsburg lying in State at the Capitol, venerated … flags flying at half-mast over her while our Nation is being ravaged by Marxist, Leninist, Leftist, Communist doctrines and practices.”

Continuing, “For decades, SCOTUS, Judge Ginsburg has incrementally insinuated “her” ideologies into the law … the ultimate in travesty and subtle incivility.  After all … far too frequently … a judge is just another damn lawyer who has “juice” with or can “twist” a Governor or a President.  Why venerate and adulate her?”

So, to Judge Ruth Bader Ginsburg (RBG) and her gruesome groupies, the extreme can be expressed another way, “Convenience abortions are the most heinous and immoral approved act in this nation’s history.  Partial-Birth Abortion is nothing short of aggravated murder.  You have facilitated millions of tragic abortions.”

Finally, with a parting shot at the Ghost of Ginsburg, “You should shudder and shiver as the piteous specters of their premature dead surround you screaming and stomping in cadence ’round our Nation’s Capitol wherein you have lain during the sun’s setting on your final sleep.

Thereafter at Arlington Cemetery by stark, tragic, albeit almost comic, contrast where real heroes only should lay, you are deposited.  May these same specters mock you eternally.  Their un-named names scribed as countless, individual, unique numbers etched with fire and brimstone into your tombstone … whereunder … you shall soon, thankfully, be finally decomposing.”

Profile of an infamous Utah Abortionist

Torres was applying the Ginsburg formula to perfection … ripping wombs … unfettered.  Her nightmarish plan fell apart when she started running her mouth and tweeting about it.

Ooops … too much publicity.  Had she kept a lower profile, she could have easily survived in Utah’s heavenly haven for hypocrites.  She’d still be ripping away if only she had kept her mouth shut.  As of very recently, Leah Torres, MD is no longer licensed to practice in Utah.  (See the appended media report.)

So … what to do … what to do?  Slipping out of Utah, she headed for Alabama and falsified an application to practice medicine there, and … you guessed it … “foiled” again.

Which Leaves us Still Waiting for the JCC

In the picture below on the right is Cox after helping to grift Jazz Tickets to Utah’s Associate Chief Justice Lee on the left.  For the story, see, “Associate Chief ‘Justice’ Thomas ‘Hoops’ Lee,” and “You be the “Judge” … About how Utah will look with Cox & Reyes in charge!“

Government employees, contractors, and all others should be mindful that intimidating, interfering with, and/or engaging in any way to discourage the right of a citizen to report shameful, inappropriate, fraudulent, or unlawful conduct is a crime. Utilizing office email, or any other means of communication, to further such interference is also criminal conduct strictly prohibited because it aids and abets original, unlawful acts.  Supervisors and Division Heads may be particularly tempted to interfere and are therefore vulnerable and culpable if they do.  The Ole’ Buzzard and Team will duly report any and all unlawful conduct.

“Our strategy should be not only to confront empire but to lay siege to it.  To deprive it of oxygen. To shame it. To mock it.  With our art, our music, our literature, our stubbornness, our joy, our brilliance, our sheer relentlessness – and our ability to tell our own stories.  Stories that are different from the ones we’re being brainwashed to believe.” – Arundhati Roy