You be the “Judge”
…About how Utah will look with
Cox & Reyes in charge!

In 2018, Utah’s Associate Chief Justice Thomas “Hoops” Lee was caught (oops!) with his pants down fraternizing with, and being compromised by, Lt. Governor

Way to maintain your judicial independence, “Hoops.”  Worse, way to teach your son all about “ethics,” and how to “work around” them when you can be personally advantaged.  Way to go, Utah “Supreme” Court, Utah Judicial Conduct Commission, and Utah Legislature for letting “Hoops” get away with it.

Sigh … just another day in the corrupt Herbert/Cox regime. The foregoing link leads to a movable, zoom-able, dramatic timeline of corruption in Utah during the Herbert/Cox administration.  A highly-interactive, comprehensive companion to the timeline can be found here.  READ ON ….

“We’re All in this [Corruption] Together.”

Aside from the more obvious conflicts-of-interest involved in this inappropriate familiarity, we summarize from the Tribune article:

Cox leveraged the linkage between Jazz owner Gail Miller, the Utah Supreme Court and himself.  As Lt. Governor, “Loosey Goosey” Cox is the official keeper of Utah Voters’ Crown Jewels.

1. “Miller has some business before the state. For example, she is one of the leaders (co-chair) of Count My Vote, which is attempting to put an initiative on the ballot to cement in place the election law that allows candidates to qualify for the ballot either by collecting signatures or through the caucus-convention system.” (Notice at the end of this posting how Miller has bought $55,000 worth of Cox.)

2. “Cox, as the state’s top election official, will be in charge of verifying whether Count My Vote obtains the 113,000 signatures needed to qualify for the ballot.”

3. “Also, the election law that Count My vote seeks to bolster was previously upheld by the Utah Supreme Court, where Justice Lee serves.“

Is it any wonder that Utah is characterized as a “pay-to-play” “romper room” for political sleaze bags who have made us infamous as the affinity fraud capital of the United States? 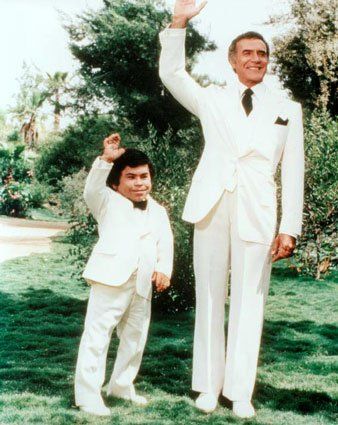 Proximity Pandering runs rampant between Utah’s Goodfellas.  Oh how sweet it is to be seen by the Jazz crowd and on TV — sharing a front-row seat with Utah’s favorite team!

Utah is a mess because we tolerate bribery and fraternizing between people and organizations that should remain independent and free of favoritism.  Back in America’s healthier days, bribes and fraternizing between lobbyists and various branches of government were met with disdain, disgust, derision and the time-honored maxims: “Avoid even the appearance of impropriety,” and, “Familiarity breeds contempt!”

In order to clean up Utah, we must hold our “highest” elected and appointed officials to impeccable standards, and demand that they conduct themselves in accordance with an innate sense of decorum, honesty, integrity, dignity and propriety.

Spencer “Loosey Goosey” Cox isn’t the only rotten apple in Utah’s Executive Branch.  Consider excerpts from a “dynamite,” May 15, 2020 memo we have in our possession.

The Ole’ Buzzard has taken some liberty in organizing the following quoted material, but the content remains the same.

“It’s clear, at least to us, that the Lt. Governor’s office …

1… whitewashed the Reyes campaign fundraising complaint. Your office…undertook your “review” despite a substantial conflict of interest because Cox and Reyes are both Republicans and both on the same administrative team.

3 … conducted no independent investigation. (Your office claims the law only permits a review, not an investigation into a complaint’s facts.)

4… disregarded the law’s deadlines and allowed Reyes to miss them multiple times.

7… whitewashed this complaint, but it also has …

8… done little since the Swallow scandal to strengthen Utah’s weak campaign finance law or to bolster your office’s lax enforcement. Three months ago, in an email to me, you wrote, “We agree that the language in these code sections could be clarified and will work with the legislature to clarify this language.” Where is the Lt. Gov’s proposed legislation? Why has Spencer Cox continued to reject the recommendation of a governor’s commission ten years ago that would have vastly strengthened his office’s authority and ability to crack down on campaign finance violations?”

Gail Miller has coughed up $55,000 to get “Loosey Goosey” reelected.
Click on FTM to see her purchase and who else has bought Cox.

“Our strategy should be not only to confront empire, but to lay siege to it.  To deprive it of oxygen. To shame it. To mock it.  With our art, our music, our literature, our stubbornness, our joy, our brilliance, our sheer relentlessness – and our ability to tell our own stories.  Stories that are different from the ones we’re being brainwashed to believe.” -Arundhati Roy