Elitism is the belief that certain individuals comprise such an intrinsic wealth of quality, intellect, money, special skills, and experiences that they are justified in satiating their own desires by any means necessary – and the rest of society is fortunate for any remaining scraps that might fall from their common table in the process.

Utah’s petite elite exhibit a very special brand of hubris in the form of conning, conniving, and bullying. Take, for example, Senator Curt “Rambling” Bramble, who enjoys demeaning and belittling women and intimidates state employee witnesses who threaten his political career. Bramble conspicuously avoids such behavior in the presence of real men.

Bramble is slithering throughout the “session” again, along with a fulsome Rat Pack of creeping, snuffling, wriggling vermin like Senators Todd “Wiley” Weiler and Jason Anderegg.  These arrogant “empty suits,” in service of themselves, thrive on conning, conniving, and shoving people around, and it is best to record, and have witnesses to, any and all interactions with them.

As one of “Chicago’s finest,” Bramble, a shameless carpetbagger from Illinois and self-acclaimed former wrestler, abrasively wants it his way or the highway.

These days, women are standing up to Utah’s tinsel tyrants and their intimidating tactics.  For example, Utah activist Robyn Openshaw recently handed Bramble a good old-fashioned lashing.  Good for her and our many brave, bright, capable, and wonderfully “lippy” sisters.

In last year’s article, “Utah’s ‘Tough Guys’ Should Walk the Crosses,” we challenged these wannabe tough guys to tie the bootlaces of real men like those lying in America’s Arlington Cemetery.

It’s the likes of our petite elite, Goodfella Rat Packs
who have sentenced Utah to become the
2nd Most Corrupt State in America!
They are responsible and never let them deflect to other individuals and issues. 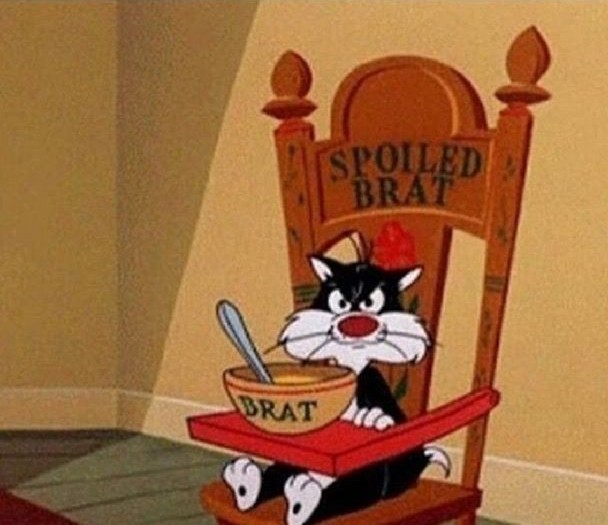 The “elites” writ large are so open in their current proclamations of being beyond reach, because they want us to know their power removes them from any accountability. Often we see people ask ‘why are they so openly admitting to their wrongdoing’? Within the answer I have written frequently ‘they simply do not care’…It is not a sense of boundless hypocrisy that drives them to showcase their disconnect, the disconnect is purposefully part of the ideological advancement of their goal.

The question “do the elites care if we know” is accurately answered by “they want people to know.” The out look that elites are hypocritical is the wrong nuance to what is visible. Their openness about their untouchable constructs is part of their purpose. “Elitism” in its most raw and brutal display is a system of people who are beyond reproach according to their own outlook. They must not be questioned; they are in ultimate control of society, outcomes or extension of their self-proclaimed magnanimity. Essentially they are projecting their position inside a club and all those not in the club are outsiders who do not get to provide input or judgement on the club rules. This might sound like a “DUH!” statement from the literal definition of “elitism”; however, it must be accepted this outlook is one of consumption, not determination. They believe they represent the ‘greater good’ and by extension control moral authority. Thus, within their mind, they are above reproach. The visible outcome is they operate outside the systems they push upon others who are not in the club.

This is NOT hypocrisy, this is a fundamental part of creating a classist society. Those within the club, in this example the DC club, want those outside the club to accept there are two systems of rights and responsibilities. The club members have all powerful rights and no responsibilities for consequences; the non club members have lesser rights and full responsibility for consequences. This is the cornerstone of a tiered or classist society outlook.“ Rules for thee and not for me” is more than a catch phrase; it is an actual worldview with a history in political control.

They are not hypocrites, they are living out their creed. The outlook gained popularity going all the way back to the formation of the Fabian Socialist society. You might remember George Bernard Shaw saying “at a certain point those [outside the club] will have to justify their existence.” Shaw was advocating for a genetic cleansing of those undeserving people who take more from society more than they provide in value. This Fabian Socialist outlook is the most extreme form of “elitism”, the actual extermination of undesirables, but it is essentially along the same continuum as believing their are two sets of rules depending on your place in the hierarchy of society. This outlook has been modernized to include the latest industry of Big Tech.

Those who control technocracy have merged with those who control the politics of society. The outcome is elites deciding which voices are allowed to participate in the national conversation, and which voices must be ostracized because they are not compliant to the elitist world view.  It is critical, actually beyond critical, that people start to accept what they are witnessing is not some misplaced system created by bad actors. Those bad actors are actually elites who benefit from numbing society to the sheer audacity of their ideology.  Again, we return to this image….

And I pray that people will pause, stand back and contemplate just what follows the natural conclusion of events if these ideological “elites” are not confronted. That image is not far away from where we are today. Those who understand big picture dynamics are still comfortable sticking their heads in the sand about “motive”.

Most people are still clinging to actual beliefs around a principle of ‘rule of law’ that applies to National Leadership. You’d better change that thinking quickly – or you’ll be asking ‘what happened’ far too late. There seems to be a willful blindness on the part of the American people, a chosen refusal to acknowledge the implications of the un American and un Constitutional behaviors, actions and outcomes we are being served on a daily basis.  It can no longer be presumed to be a matter of “I can’t see what’s happening” because a whole lot of normal Americans really are clean and articulate.“  I can’t see it” just doesn’t cut it.

Bullsh!t! You can see it, you are just choosing to reconcile the irreconcilable because it is more comforting to ignore the truth of it.
You are scared:
You are scared of being labeled
You are scared of being belittled
You are scared of being Alinsky’d.
You are scared of being targeted.
You are scared because you have never been here before.
You are scared of being right.
Just be honest. Avoidance has become your survival mechanism. It’s more along the lines of “I see what’s happening, but it’s scary and complicated and confusing, and if I admit that I see it, I will become responsible in a way that I am not if I keep pretending I can’t see it or hear it or maybe I don’t understand it. ”Our Republic has become Kitty Genovese screaming in the darkness, being assaulted repeatedly and viciously, while onlookers sitting in the darkness startle onto their feet–some trying to reach for phones or light switches while others try to hush them, accusing them of exaggerated reactions. The screams reach some homes where the residents look nervously and silently at one another, really hoping that someone else will call the cops, because obviously something really bad is happening out there.
Now, like then, you, like those people in New York, look around and say well someone is going to do something about this usurpation of power and unconstitutional action. So you pull the comfy blankies of historical public leadership reference over your head, cover your ears, block out the sights and the sounds, and do nothing. You don’t even accept the fact a woman, Lady Liberty, our republic, is being repeatedly stabbed, carved up and her flesh torn from her body. She is bleeding on your grass and her bloody hand prints are on your trees and sidewalks. You know it, yet you lie there. Doing what? Really? If not you,….. WHO?

Who is “them”? Remember the visual illusions on big cards, (Rorschach tests) just black and white splotches that required you to “stare just right”– and when you did, you could see the ink-drawn cow in a snow drift? That’s the one we grew up with–yours might have had palm trees in it or something else. But you stared hard, knowing that eventually you would see a clear picture —ah! There it is! For just a minute, but you saw it there–for just a minute. How many are sitting in the midst of this implosion still believing that if they stare hard enough at the national mess they will still see a Constitutional government and a Representative Republic? Well, stare as long as you want. The details of a Constitutional Representative Republic will no longer come into focus because it turns out that the Republic was apparently stitched together with dissolvable thread like the surgeons use.
Why don’t we dare say what is so? Are we a bit afraid that if we give up the willful blindness we will perhaps start screaming and not be able to stop? Do we think we have so little courage? Do we really believe that we have no resources to bring to the battle? Or nothing more to contribute to the turning of the battle? There are patriots who some might say resemble one of those slightly mad orchestra conductors who keep yelling, “More trumpet! More TRUMPET!” Many of you are such slightly mad orchestra leaders. Don’t be alarmed by some of the strange looks you are getting these days.

See also, “Trumpets Getting Louder, Can You Hear Them Now?” Posted on February 6, 2021.