“When in worry, when in doubt, run in circles, scream and shout!“

Tired of doing that all the time?

We react with surprise, and often panic, when corrupt officials finally reveal their secretive plans to steal more of our power and property.  Why are we always so outgunned and outplayed — no matter what noise we seem to make?   Can we do anything to get the upper hand against the forces that are ruining our state?

The Ole’ Buzzard is honing in on a few innovative ways to destabilize and disrupt Utah’s Goodfellas, along with their secretive and corrupt networks.  Our goal is to help The People retake power from corrupt special interests that currently rule Utah with an iron fist.  We’ve all simply “stepped in it” by letting these Goodfellas run amok and reign over us.

An essential step toward any solution is comprehending how big the problem is.  Most people have difficulty doing that.  They want to think the best of others and of the community where they live.  Reality can be tough, and they will often create a fantasy world in their minds to avoid unpleasant truths.

Well, here’s the truth.  Per capita, Utah is arguably America’s fraud capital.  Begin to let that sink in.  If what The Ole’ Buzzard has presented thus far isn’t convincing enough, consider the “D-” overall grade Utah received from the 2015 State Integrity Investigation.

Then consider that if one ponders the categories we’re most focused on, Utah scored a flat “F“:

Anyone, even with only a barely discernible heartbeat,  knows that things haven’t improved since that 2015 report.  Corruption is rampant, as evidenced by the “Tip of the Iceberg” timeline below.

A “wise wag” writes: “It is no measure of health to be well-adjusted to a profoundly sick society.“

Corruption on such a vast scale doesn’t happen by chance.  A highly organized,

secretive, sinister cabal and network of elitist, sub-rosa Totalitarian masters and their fawning factotums are required to orchestrate it.  Heretofore normal, sentient friends, family and neighbors have morphed into partisan politicos that even a mother could hardly love. These undesirables forge secret deals, hide their noxious activities from the public, steal from, and otherwise abuse Citizens at every opportunity, and cover for other members of their craft in order to escape accountability. We’re here to spank ’em with our words!

We call this criminal network Utah’s Goodfellas.  They include:

NOT Photoshopped!  Utah’s Corporatism in action at the Legislature.

Utah’s Goodfellas are wannabe tough guys and small-minded oligarchs … a reckless and shameless power elite who suck the life and livelihoods out of a corrupt political system they have increasingly poisoned and the hapless people they have pushed around over several decades.

… or like Senator “Rambling Bramble,” browbeat the poor little Pizza Delivery Lady and others!

Many are Carpetbaggers such as Hatch, Romney, Reyes, Hughes, and Bramble.  All are arrogant pretenders who relish their efforts to subvert the Rule of Law and common fairness and decency.  They are the villains Benjamin Franklin’s warned of when he helped to create a “…Republic if we could [sic] keep it.”

Utah’ Goodfellas have infiltrated, permeated and presumed the right to manipulate every aspect of business, military, industry, finance, education, entertainment, law and religion in Utah.  Their control over the financing of our election processes and our own sad history of slavish submission … has reduced us all to choosing between horrible and despicable at the ballot box.

Utah Goodfellas interfere with, negatively influence, compromise and corrupt … Utah and Federal investigators, prosecutors and judges who might otherwise pursue them with investigations, prosecutions and convictions.

As Walt Kelly & Pogo expressed it: “We have met the enemy and they are us!” 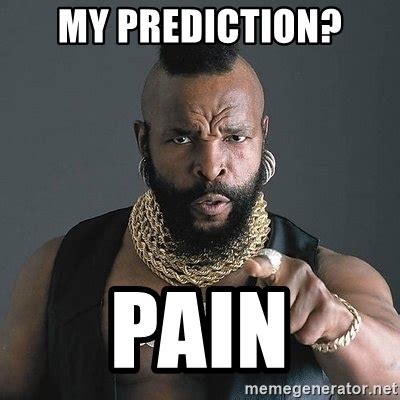 We’ve seen repeatedly how the Goodfellas play their dirty game.  The latest example was their December 12th “special session,” which, according to the Utah Constitution, is supposed to only be called for “extraordinary occasions”.  During that session, the Goodfellas introduced yet another “new” version of their tax hike on food and other basic life-services.  Think about it.  More tax on gas is another tax on food.  When it costs more to deliver the groceries, the groceries cost more.  It’s a devastating “double whammy” served up to and dumped onto Utah’s most vulnerable poor and needy families.

This version was 238 pages long.  Most legislators hadn’t even read this latest iteration of their schemes.  Certainly few, save perhaps the secretive drafters, had time to seriously study, let alone fully understand its impact on the People.

Yet, in Stepford Wives fashion, despite all sorts of public protest, and with a general session already coming in January, they plugged their noses and passed this monstrosity.  They just couldn’t wait until next month’s general session.

They did so in the face of determined Citizen Advocates who had stacked multiple legislative hearings with warm bodies, spoke passionately, created ingenious signs and costumes, held punchy press conferences, etc.  The Ole’ Buzzard attended the last public hearing on December 9th and blasted the arrogant committee members and their vile procession of shameless lobbyist courtiers with the following testimony:

Friends with Justice4All helped pass out the following flier at that hearing as well.

It felt good to vent at their pasty faces, but let’s be real.  That Committee, like all other legislative committees, was hand-selected by our corrupted and compromised Senate and House Kommissars President Adams and Speaker Wilson.  The Committee agenda was again dominated by their butt-kissing, staged “experts” who obsequiously brown-nosed their Goodfella Legislators for such “excellent work” while the rest of us had to don our waders and snorkels and wade through the BS. Here’s a report by longtime taxpayer advocate Ron Mortensen (it was too kind).

Our view of how they lead and legislate!

“It seemed odd to me that so many business owners and associations would come up and not just speak in favor of the bill but then say how much better this bill would be in a special session, as opposed to the general session.  It seemed contrived to me.” [Source]

“Committee hearings are nothing more than a part of the schmoozing process, the verbal gamesmanship used to create a veneer of respectability for the impending legislation.” (page 32)

In other words, the Angel Gabriel with a starving child in his arms wouldn’t have altered the committee’s foreordained abysmal outcome.  NOTHING will change by appealing to heartless, stone-deaf officials alone, or by reacting predictably to their surprise attacks.

We can run in circles, scream, and shout until we are blue in the face, but until politicians and their special interest handlers feel real political pain in the form of significant threats to their personal wealth and freedom [i.e. “at large” versus in jail], they will have no incentive to stop what they are doing.

The timeless wisdom of Warfighting: The Marine Corps Book of Instruction, often applied to business endeavors, is highly relevant to political wars as well.  Adding the word “political” to one of its important maxims:

“…The conduct of [political] war is ultimately an art, an activity of human creativity and intuition powered by the strength of the human will.” (page 19)

We have launched simple “Enabling Technology” that has positioned us tactically and strategically as change agents in the Justice Arena. We have adapted a highly “Innovative Business Model” to reach disenfranchised officials and key activists.  We also enjoy a rapidly growing and actively participating “Coherent Value Network” of People who want to help clean up Utah’s poopy messes.

“A value network is a business analysis description that graphically illustrates social and technical resources within and between an organization and how they are utilized. The nodes in a value network represent people (or roles). The nodes are connected by interactions that represent tangible and intangible deliverables. These deliverables take the form of knowledge or other intangibles and/or financial value. Value networks exhibit interdependence. They account for the overall worth of products and services. Companies have both internal and external value networks.” (Wikipedia)

We’ll reserve other details of our plans, tactics and strategies for later postings.  In the meantime, we want all to know we’re working hard to help our citizens enjoy the fruits of their labors, so that the People of Utah can see Happier Holy Days in years to come.

One of The Ole’ Buzzard’s longer-term objectives is to see Utah implement statutes that limit the ability of Utah’s Goodfellas to make such awful messes.  As an example, the following MUST WATCH video reports that political entities across the Nation have begun an innovative process of adopting new anti-corruption statutes and suggests a strategy for getting it done.

The American Anti-Corruption Act (AACA) is model legislation designed to limit the influence of money in American politics by overhauling lobbying, transparency, and campaign finance laws.  Crafted in 2011 “by former Federal Election Commission chairman Trevor Potter in consultation with dozens of strategists, democracy reform leaders and constitutional attorneys from across the political spectrum,”[1] it is supported by reform organizations such as Represent.Us, which advocate for the passage of local, state, and federal laws modeled after the AACA.[2]  It is designed to limit or outlaw practices perceived to be major contributors to political corruption.[3]

Language of the AACA

What is Corruption?
From “Transparency International,” the definition of corruption is … generally speaking … “the abuse of entrusted power for private gain.”  Corruption can be classified as grand, petty and political, depending on the amounts of money lost and the sector where it occurs.

Grand corruption consists of acts committed at a high level of government that distort policies or the central functioning of the state, enabling leaders to benefit at the expense of the public good. Petty corruption refers to everyday abuse of entrusted power by low- and mid-level public officials in their interactions with ordinary citizens, who often are trying to access basic goods or services in places like hospitals, schools, police departments and other agencies.

Political corruption is a manipulation of policies, institutions and rules of procedure in the allocation of resources and financing by political decision makers, who abuse their position to sustain their power, status and wealth. See animated definitions of many corruption terms in our Anti-corruption Glossary.

What is Transparency?
Transparency is about shedding light on rules, plans, processes and actions.  It is knowing why, how, what, and how much.  Transparency ensures that public officials, civil servants, managers, board members and businesspeople act visibly and understandably, and report on their activities.  And it means that the general public can hold them to account.  It is the surest way of guarding against corruption, and helps increase trust in the people and institutions on which our futures depend.  See how transparency can defeat corruption in a range of areas.