Sharyl Attkisson (extended resume) is a five-time Emmy Award winner and recipient of the Edward R. Murrow award for investigative reporting. She is author of two New York Times best sellers: “The Smear: How Shady Political Operatives and Fake News Control What You See, What You Think and How You Vote,” and “Stonewalled.” She is host of the Sunday morning national TV news program, Sinclair’s “Full Measure,” which focuses on investigative and accountability reporting.

For months and months, former CBS News investigative correspondent Sharyl Attkisson played an agonizing game of brinkmanship regarding her privacy: She strongly suggested that the federal government was behind a series of intrusions into her personal and work computers, though she has consistently hedged her wording to allow some wiggle room. In May 2013, for example, she told a Philadelphia radio host that there could be “some relationship” between her technology intrusions and the government snooping on Fox News reporter James Rosen.

And in her book “Stonewalled,” she cites a source as saying that the breaches originated from a “sophisticated entity that used commercial, nonattributable spyware

that’s proprietary to a government agency: either the CIA, FBI, the Defense Intelligence Agency, or the National Security Agency (NSA).”

No more wiggling around. Attkisson has filed a lawsuit in D.C. Superior Court, alleging the U.S. government’s “unauthorized and illegal surveillance of the Plaintiff’s laptop computers and telephones from 2011-2013.”

Those folks, the suit alleges, violated several constitutional rights, including freedom of the press, freedom of expression and freedom from “unreasonable searches and seizures.”

The complaint lays out a narrative familiar to close readers of “Stonewalled.” It speaks of Attkisson’s work for CBS throughout 2011 in uncovering facts about the U.S. government’s “Fast and Furious” gun-walking operation.

Roundabout mid- to late-2011, notes the complaint, the Attkissons “began to notice anomalies” in how various electronic devices were operating in the household. “These anomalies included a work Toshiba laptop computer and a family Apple desktop computer turning on and off at night without input from anyone in the household, the house alarm chirping daily at difference times, often indicating ‘phone line trouble,’ and television problems, including interference,” notes the complaint.

in October 2012, the family took note of an “escalation of electronic problems at their personal residence,” reads the document. In November 2012, says the complaint, the FBI “initiated a body of cyber security case investigations that would later relate to the illegal intrusions directed at Ms. Attkisson.”

In exhaustive detail, the suit outlines all the efforts undertaken by Attkisson and CBS News to figure out what accounted for the intrusions into her computers,

which CBS News confirmed in an official statement in June 2013. That same month, the FBI opened a case on the matter but failed to interview Attkisson about it, according to the suit. In January 2014, representatives of the Justice Department’s office of inspector general visited Attkisson’s residence and examined the Apple desktop but have not reported their findings to her. Attkisson left CBS News in March.

The complaint alleges that the postal service has a “strong relationship with the FBI, Department of Homeland Security, and DOJ when conducting computer forensic actions.”

When Attkisson alleged in “Stonewalled” that a computer intruder once wiped data off the computer screen in front of her at breakneck speed, computer analysts consulted by Media Matters chalked up the disturbing event to a stuck backspace key.

In a statement on her Web site, Attkisson said: “The personal rights secured by our Constitution have a long and accepted history. At the very core of those rights is the right to be free in our own homes from unreasonable governmental intrusion.

Although I would have much preferred to have resolved this efficiently with dialogue and disclosure, until the government is open, honest, and fully truthful with my family about what transpired, we have chosen to use the only means available to us as citizens to try and force full disclosure and honest answers to the many questions that have been raised during the investigation conducted to date.”

In addition to the Superior Court complaint, Attkisson has filed a “basis of claim” under the Federal Tort Claims Act, a “necessary procedural step” to a lawsuit.

Sharyl Takes the High Road … While The Ole’ Buzzard Prefers the Low Road by Shaming the Hell out’a the Sleazy, Slimy, Surreptitious, Self Serving Subversives … Those who subvert the Rule of Law.

SYNOPSIS of “Is Shame Necessary” JENNIFER JACQUET  © 2015  ALL RIGHTS RESERVED  An urgent, illuminating exploration of the social nature of shame, and of the ways in which it might be used, sparingly and pointedly, to promote political change and social reform. In cultures that champion the individual, guilt is advertised as the cornerstone of conscience. Yet while guilt holds individuals to personal standards, it proves impotent in the face of corrupt corporate policies. In recent years, we have been asked to assuage our guilt about these problems as consumers, by buying organic foods or fair trade products, for example. Yet, unless nearly everyone participates, the impact of individual consumer consciousness is microscopic. Jennifer Jacquet persuasively argues that the solution to the limitations of guilt can be found in shame, retrofitted for the age of democracy and social media. She demonstrates how shaming can function as a nonviolent form of resistance that, in turn, challenges institutions, organizations, and even governments to actuate large-scale change.

And so … We and Friends Proceed to Shaming! 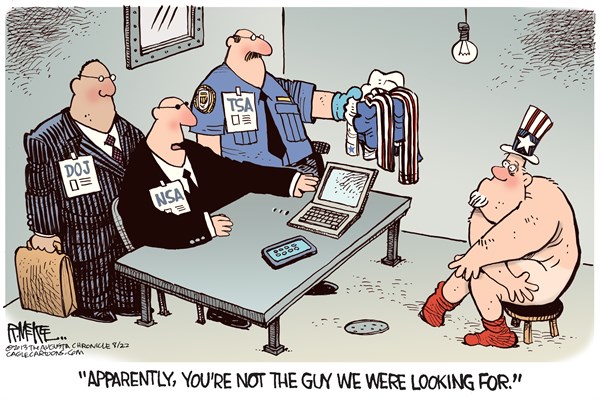 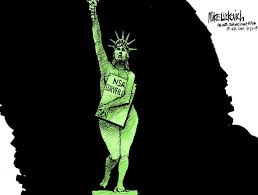 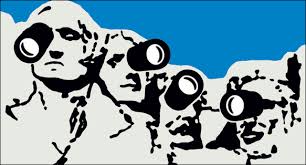 One thought on “Attkisson sues government over computer intrusions”